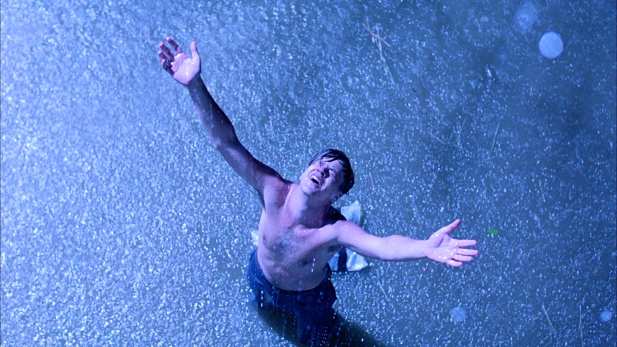 1 Peter 5:10 “And after you have suffered a little while, the God of all grace, who has called you to his eternal glory in Christ, will himself restore, confirm, strengthen, and establish you.”

I have suffered for a while. These past two years have been the most difficult times of my life, with one thing piling upon another. I wondered when I would see the light. But perhaps most importantly, I never doubted that this light would come. I never doubted God’s love for me and His goodness. I knew He had a plan and purpose for everything that was/is happening to me and I never stopped trusting Him. Probably clinging to Him tighter now, than ever before. Exactly, how He likes it- completely, wholly, even desperately dependent on Him.

It was the Thursday night before I was scheduled to film my debut music video that Saturday. After a frustrating week of nagging my producer for details with no feedback, I was having a breakdown. I was furious. The shoot was Saturday and I had planned my whole week around it. The producer wasn’t holding up his end of the bargain. Where were the location lists, call times, wardrobe, crew names ect? Even if he sent me this information on Friday, I didn’t feel that one day was sufficient time for me to prep. I wanted to call him and scream at him! But can I? Is it right for me to bring my emotions into a work relationship? How much power and say do I really have in the matter? If I tell him how I feel, what will be his reaction? Will it change anything about the situation? Would it be worth it? If I don’t tell him how I feel, am I disrespecting myself? My feelings? Am I undermining our relationship and the honest, open communication that forms its base? These were all questions that were tormenting me that Thursday night. I struggled with them even as I fell asleep. I don’t like confrontation. I don’t want to confront him.

Friday morning, I had a meeting with my therapist. As usual, she asks me if there’s anything I want to talk about. I couldn’t think of anything “serious” that I felt I needed to talk to her about but because this music video situation was still on the forefront of my mind, I decided to give her a briefing of it. I figured at the least, she would be a good ear for me to get it off my chest. Maybe she would have some good advice on it, too. Boy, did I underestimate how God planned to use this frustrating situation and my time with the therapist that morning to work in miraculous ways.

Long story short, the therapist and I spend the hour “working” on the situation. We end up clarifying and defining my fear of confrontation as the root for why this situation was causing me such distress. Further, we even pinpointed specific events from my years in elementary school as stems for this irrational fear, which all revolve around my being unjustly shamed.

My fear, then, was not just a fear of confrontation, though it was that too. It was more a fear of being shamed. A fear of people making a big deal out of something in response to my actions. All it took was my pinpointing this fear, defining it, finding the cause of it, and rectifying that event within myself.

Before I knew it, the fear and anxiety was gone. By the time the session ended, I was no longer tormented with questions of what to do in response to my producer’s lack of follow through. I was eager to call him! Not to yell or vent but simply to talk about the next steps. It is what it is, I thought. And this is no confrontation. He and I will work this out and I’m excited to see when we can reschedule and start preparing for the new shoot date. Done and done. No anxiety. No fear. Suddenly, it wasn’t a big deal at all anymore. It was almost laughable that I let it torment me to begin with… It was never that big of a situation that I should lose sleep over it.

A huge weight was lifted from within me that Friday. Surely a day I will always remember and a blessing for which I’m indescribably grateful. The very thing I perceived as a mess the night before, had suddenly become a treasure to me, because it helped me to grow and to heal a part of me that had been carrying this burden of shame deep inside. Is God amazing or what?!

I share this story today in hopes that one of you, my readers, will relate to it. If you are feeling frustrated, anxious, or scared, I urge you to seek the cause behind those feelings within yourself. Everything you need to move forward awaits inside of you. God will take care of the details.