The number one advice I have for other people interested in become better writers, is to read.

The opposite is also true. As soon as I begin reading a new book, the creative inspiration and ideas begin to consume me in such a way that I have no other choice but to write.

The two activities are directly and positively correlated.

Reading serves as mental stimulation. It provides us with renewed inspiration.

As a general rule, we are readers first. And writers second.

So if you want to write, read.

Have you ever noticed how inspiration often comes at the most inopportune times?

When a million other things are vying for our attention. Or when we’re right in the middle of something else. Like a shower. Or a run. Or when we’re simply not in the mood to write. Because we’re tired. Or hungry.

Have you ever had a brilliant idea come to you out of nowhere? A sudden flash of insight that you promise to write down later.

But when later comes, no matter how hard you try, you can’t recall what is you were supposed to write down. Maybe you remember the general idea, but the words are no longer fully formed, waiting to flow effortlessly from mind to paper. The inspiration is no longer a sudden flash, but rather a struggle to be grasped. And it’s brilliance is lost.

I think inspiration is purposefully inconvenient.

Because, you see, inspiration is ultimately a gift that wants to be shared. It’s constantly searching for the right receiver.

Inspiration demands attention. And it determines who’s rightfully worthy of it by arriving at the wrong time.

If we’re not willing to put time on hold, stop what we’re doing and fully receive the inspiration in the exact moment it arrives, then like a butterfly, inspiration simply flutters off to find another mind somewhere else. It wants to be with a person who recognizes its worth.

A funny description of what it’s like to be a writer by fellow author Donald Miller. 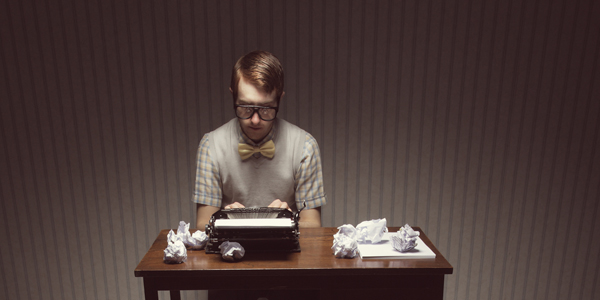 “Writers don’t make any money at all. We make about a dollar. It is terrible. But then again we don’t work either. We sit around in our underwear until noon then go downstairs and make coffee, fry some eggs, read the paper, read part of a book, smell the book, wonder if perhaps we ourselves should work on our book, smell the book again, throw the book across the room because we are quite jealous that any other person wrote a book, feel terribly guilty about throwing the schmuck’s book across the room because we secretly wonder if God in heaven noticed our evil jealousy, or worse, our laziness. We then lie across the couch facedown and mumble to God to forgive us because we are secretly afraid He is going to dry up all our words because we envied another man’s stupid words. And for this, as I said, we are paid a dollar. We are worth so much more.”

There are days where I’m filled with so much inspiration that I can’t accomplish anything except new prose.

I can try to go about my normal life but time and time again, it’s proven pointless. I can’t shut the inspiration off. I have no control or choice in the matter.

On days like this, from the moment I wake up, my brain is so overwhelmed by thoughts and words beyond me that I forget how to perform even the most mundane tasks. I am like a zombie unable to relate to what’s going on around me. My only relief is to succumb to the Source and write it all down.

I suppose if you were to ask me my name on one of these days, even that would take me a second to remember.

Today is one of those days.