Why does God let us hurt? Why does He bring us people or animals to love when He knows we’re going to lose them?

So we keep loving. Even though we’re going to lose. Because loving teaches us and changes us, and that’s what we’re here to do. We’re here to become better lovers and to learn how to be loved. So when we get to heaven, we’ll be prepared for the place where everyone loves each other perfectly.

This past week has been a hard one. Filled with losses that don’t make sense.

A baby left in the car.
A sister’s body found outside an apartment building.
A dear friend who jumped into a lake and never resurfaced.

I think during such times of unexplainable tragedy, it’s natural for us to want to make sense of what happened.

How do you forget your baby in the car for 8 hrs.? How did you not see him on your way to work? How did your sister die? Why was she lying outside of an apartment building? Who was with her that night? How could such a good swimmer dive into a lake and not resurface? Why were there not cuts, bruises, or abrasions on his body?

I think of the five stages of grief. Denial, anger, bargaining, depression, and acceptance. I think that they must have left out the stage of wanting to make sense. Or is it part of denial?

I think about my dear friend in his last moments. About the baby. About the sister. In that moment, just before death, when time is frozen and all is quiet, what was he thinking about? His family? His life experience thus far? Childhood memories? Did he think, “Ok I’m going to die now”? Was he scared? Was he peaceful?

Acceptance invites faith, freeing the chains of uncertainty that bind us to the dark. Acceptance and faith, I realize, go hand in hand. Together they form the sliver of light in our stormy sea of darkness.

Acceptance is our freedom.
Faith our guiding hand.
And grace our greatest gift.
This much I know.

Dragonfly.
He says, “I hope you’re doing better
then the day the good Lord called me up.
You’ll be alright.
I’m at peace. I’ve joined forever.
You’re gonna love it here.

I never left you.
No, you were never left behind.
See, now I’m always by your side.”
Love,
Dragonfly.

“I think we should be born with a warning label similar to the ones that come on cigarette packages:

Caution: If you trade in your authenticity for safety, you may experience the following: anxiety, depression, eating disorders, addiction, rage, blame, resentment, and inexplicable grief.” 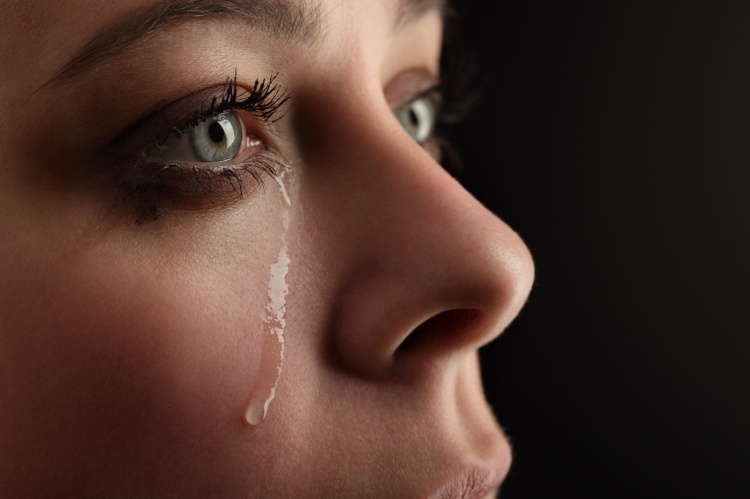 Three years ago on this day, and for months after, I wanted to die. I had just lost the man I’d been in love with for four years in a tragic accident. He was also my best friend. When I say I wanted to die, it’s strange because it makes it sound as if I was suicidal. But I was never suicidal. It’s hard to describe the feeling and might be one of those things you can’t understand unless you’ve been there, but at the time, my future looked so black, I couldn’t imagine life without him. Besides, I wanted so desperately to see him and was convinced he was on the other side. I only hoped to die, so that we could be together again. It was the last sort of logic that I had left at the time.

Now here I am, three years later, and my perspective is quite the contrary. It’s hard to believe that today marks three years. Three years of pain, longing, and questions but also of healing, growth and indescribable grace. I question whether we can fully comprehend the sweetness of life without first experiencing its bitterness.

Today, as I miss my best friend like always, I realize not only was it an incredibly sweet gift to do life with him, but the lessons I’ve learned since that loss remain invaluable. Here I share with you 5 things I learned from losing my best friend.

This crime was different.
It’s woken us up.
An entire nation has risen
to say enough is enough.

Hate crime or not,
we may never know
but it’s brought an issue to light
that we can’t afford to let go.

This tragedy touched many
It could’ve been me, you, or him.
The guy in line behind us
or the girl at the gym.

When we focus on differences
all of us lose.
Black, white, or grey
We all could improve.

We ought to be stopping
those who perpetuate hate.
The issue only gets more urgent
until it is too late.

We must stop the media
who pits us against them
and the psychotic extremists
who really just need a friend.

See, not one of us knows for certain.
All we have is our beliefs
and they’re as precious as jewels,
even to faithless thieves…

Who try to steal our homes,
our loved ones, and our rights.
Peace or domination,
both are worth the fight.

But when you strip away religion
all that’s left is the Truth.
Our God is your God
and Love is our proof.

Two years ago today, on the worst day of my life, I had my first encounter with an angel, at the baggage claim of the RDU airport.

I stood alone, completely wiped out and broken, waiting for my bag to come around on the conveyor belt. There were a few other people waiting for their bags there as well, not many but a few. After about two minutes, my feet could no longer support the dead weight of my body and I sat down on a nearby bench. A young man, I’d guess my age or younger, came and sat down next to me.

“Excuse me,” he interrupted my empty, swollen stare, “Are you okay?” Hardly able to even turn to face him, I nod my head and mutter back, “Yea I’m fine.” My body language was screaming, “LEAVE ME ALONE!!!!” but he persisted. “It isn’t a death, is it?”

“No,” I snap back, justifying my lie with his increasingly annoying invasiveness.

“Okay, well I just wanted to say, I was in love with this girl for many years and we were happily together. I wanted to be engaged and when I asked her to marry me, she said ‘no’ and we broke up. I know it’s not the same…” he continued, despite my lack of response cues, “…but it hurt like hell.”

I managed to look him dead in the eyes this time, “It’s not the same,” I growled, my eyes piercing into him.

Looking forward, I spotted my large, brown, leather suitcase coming around the belt. One of the only ones left. I began to stand up and head towards my bag when the guy said, “Well, here,” as he handed me a 2-dollar bill, “just know that you are loved.”

I hadn’t intended to take the 2-dollar bill but there it was in my hand as I grabbed my bag from the conveyor belt. Dropping the heavy piece of luggage to the ground, I looked up to see my mom running towards me. I gave her a huge hug, momentarily allowing myself to collapse in her arms.

But wait, I wondered aloud, “Where did that guy go?”

“What guy?” my mom replied.

“The guy who just handed me this,” I waved the 2-dollar bill for her to see.

“I didn’t see any guys around, Sweetie. I saw you standing here by yourself. That’s why I came running over.”

In bewilderment, mixed with the still heavy shock of the day’s event, I stumbled towards my mom’s car, “Hmm…” I thought to myself, “Well, that was strange.”

Two years ago today, I lost my best friend in a tragic accident. He wasn’t far from me that day and he’s still as close as ever now.

My angel, I miss you.

Like Loading...
It’s a strange thing when you start to feel better after thinking you never would. It’s even stranger when you want to love again after losing the love of your life. A part of you says, “No, you can’t! It’d be a betrayal.” But another part of you, the better part of you, screams, “Yes! Live again! Love again!”

Truth is, he is the love of my life. And that will never change. But he is the love of that life. No doubt in my mind he was the soul mate for that me. But when you lose someone who is the most important part of your life, your world changes. And so do you. Inevitably and irreversibly, you’re not the same person you were.  And now I understand, there’s going to be another perfect person for the new me. Another love of my new life.  And that person will in no way undermine his position in my heart.

Some people only get to live one life, but I’ve been given two. Perhaps, as we each navigate this world and our relationships, we can all see it as a new life each time we cycle round and round.

Finally, I realize there is no better way to honor him and our love then by embracing my new life and finding a new person to love. I am ready.

When my boyfriend died, the life I knew died along with him. Shortly thereafter, I packed up all of my belongings, everything I had acquired in California, and drove across the country to be back home again in North Carolina. Because, of course, when the world fails you, the only place you have to go is home.

Within one year, I had a monumental career change, my parents divorced, my childhood home was sold, and I was living on my own in an apartment for the first time in my life. All this change in only one year! Even writing about it now, it seems surreal. How has my life become so crazy, so chaotic? How have I been able to push through, to survive?

Well, God is good. And that is where I am now. Completely lost, approaching the second birthday that I will spend without my boyfriend and the only thing that I know for certain is God’s goodness and grace. Other than that, I feel adrift. Floating in a world that I have no control over, a world that is constantly shifting, one without ground.

I guess on the bright side, I have nothing holding me back. I have no attachments that hold me down, hold me steady. I’m free to fly like a bird, as I have always yearned to do.

This also means I have little security, no sense of stability, a feeling of total loss of control. Does a baby bird feel this way before it leaves its nest for the first time? I wonder. And how many nests will I have to leave? Is flying free really all it’s cracked up to be?

Come take my lovin’ away

Won’t you fly in and save the day

Couldn’t have you any other way